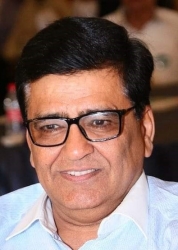 Cosmetics are covered under Drugs and Cosmetics Act and are defined u/s 3(aaa) of Drugs Act. The definition of cosmetics prescribed under Drugs and Cosmetics Act, 1940 is as “cosmetic means any article intended to be rubbed, poured, sprinkled or sprayed on, or introduced into, or otherwise applied to, the human body or any part thereof for cleansing, beautifying, promoting, attractiveness, or altering the appearance, and includes any article intended for use as a component of cosmetic.” There is no further classification provided for cosmetics as Ayurvedic / herbal cosmetics, allopathic cosmetics or homoeopathic cosmetics. Cosmetic containing any ingredient may be herbal, homoeopathic or any other is a cosmetic only. Definition of the cosmetic provided under Drugs and Cosmetics Act clearly indicate that there is no further classification.

The provisions relating to Ayurvedic, Sidha and Unani drugs contained under chapter IV-A of Drugs Act are prescribed u/s 33-B to 33-O and in this chapter no where the term cosmetics is neither defined nor mentioned. Rule 152 of Part XVI of Drug Act for manufacture for sale of Ayurvedic, Unani and Sidha drugs clearly indicates that the Licensing Authority for this purpose is different and separate from Licensing Authority for allopathic drugs and cosmetics. It is more clear from provisions of Rule 153 which states that application for license to manufacture Ayurvedic, Unani and Sidha drugs is required to be made to Licensing Authority appointed by the State Govt. for the purposes of Part XVI, XVII or XVIII of Drug Rules.

These provisions clearly indicate that the regulatory authorities for manufacturing for sale of Ayurvedic drugs and cosmetics are different having different qualifications and under Drugs Act cosmetics are not further divided into Allopathic, Ayurvedic or Homoeopathic cosmetic.

The other reason is the marketing gimmick and by categorizing the cosmetic as herbal cosmetic manufactured as Ayurvedic drugs claiming to be curing certain ailment/disease also and without side effect. Whereas it is clear from the definition of Ayurvedic, Unani and Sidha drugs given u/s 3(a) of Drugs Act which clearly states that “Ayurvedic, Siddha or Unani drug indicates all medicines intended for internal or external use for or in the diagnosis, treatment, mitigation or prevention of [disease or disorder in human beings or animals, and manufactured] exclusively in accordance with the formulae described in, the authoritative books of [Ayurvedic, Siddha and Unani Tibb systems of medicine], specified in the First Schedule;]”

Moreover, Ministry of Health & Family Welfare, GOI has issued new Draft Cosmetic Rules vide GSR 1153(E) dated 29.11.2018 and perusal of these Draft Cosmetic Rules further made it clear that Cosmetics and Ayurvedic drugs are different from each other. In my opinion, cosmetics should not be allowed to be manufactured in the name of Ayurvedic Drugs.

Disclaimer: This is the personal opinion of the writer and anyone may have a different opinion about these products and will not attract any legal implication. 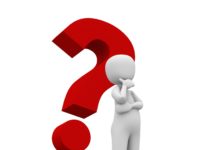 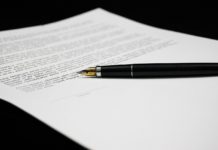 INSPECTION of a Sale & Distribution Premises

Be A Proud Pharmacist! : Dr. B Suresh 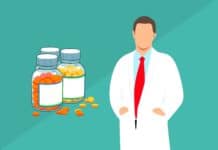 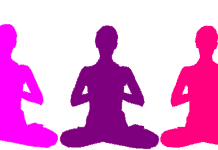 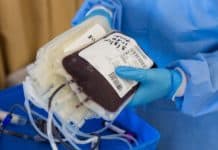 Lifestyle and Health – must read