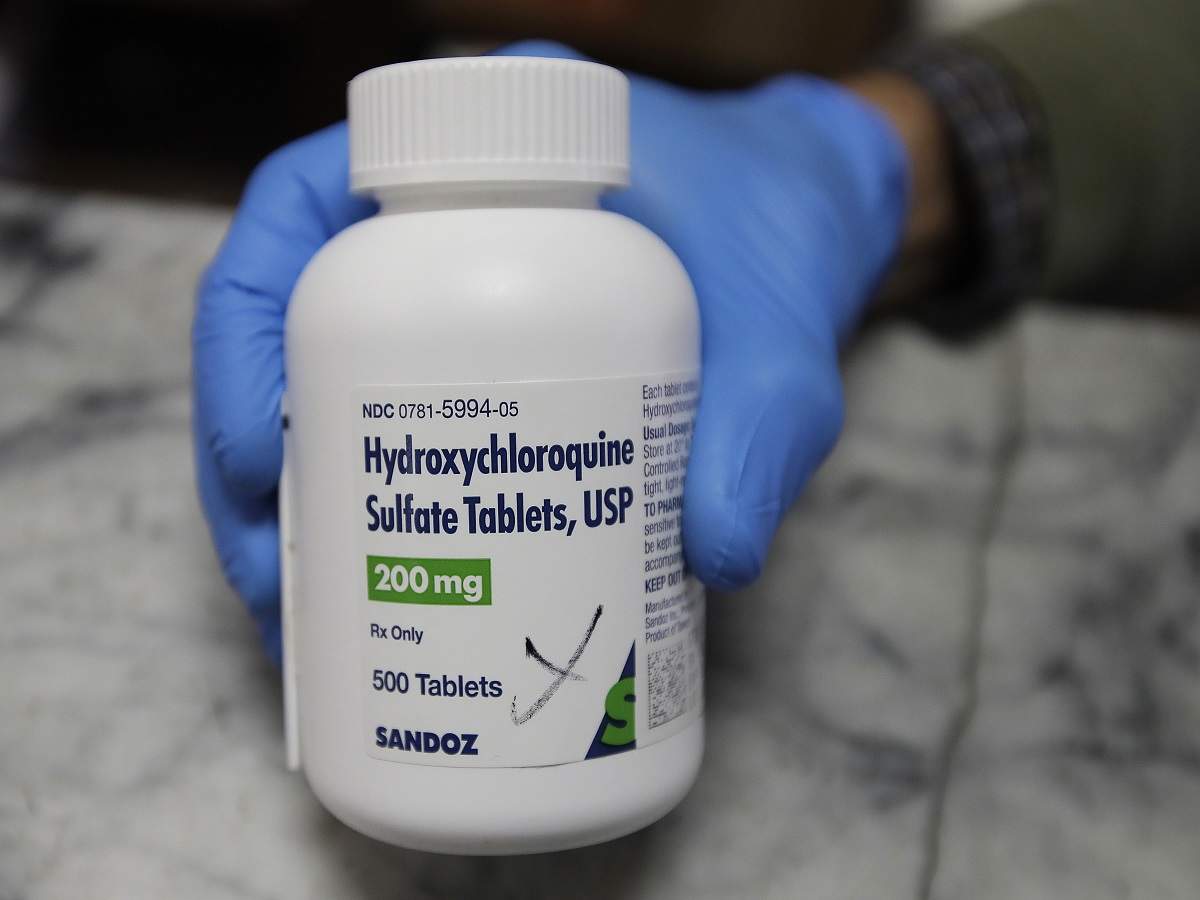 PARIS: Banned in some countries, promoted in others – the drug hydroxychloroquine as a potential treatment for the new coronavirus is dividing opinion worldwide.

Scientists looking to find licenced medicines that could be repurposed as a treatment for COVID-19 had started tests of hydroxychloroquine, normally used to treat arthritis, and chloroquine, an anti-malarial.

Both drugs can produce potentially serious side effects, particularly heart arrhythmia, leading many experts to warn against their use outside of clinical trials. But that has not stopped prominent figures like US President Donald Trump endorsing hydroxychloroquine despite a lack of evidence of its efficacy.

Escalating the debate, The Lancet on May 22 published a study of nearly 100,000 coronavirus patients that showed no benefit in treating them with the two drugs – and even increased the likelihood of them dying in hospital.

This led the World Health Organization to suspend clinical trials of hydroxychloroquine, but dozens of scientists have since raised concerns over the study’s methodology. The Lancet corrected part of the data, but researchers have stood by their conclusions. Countries worldwide vary on their own policies. The study prompts several countries to halt the use of hydroxychloroquine.

France does so on May 27, days after controversial French doctor Didier Raoult – whose own methodology has been questioned – rejected the study and stood by his belief the drug can help patients recover from the virus.

Other countries including Italy, Egypt, Tunisia, Colombia, Chile, El Salvador, Cape Verde, Albania, and Bosnia and Herzegovina also ban the use of the drug for COVID-19 patients, though in Italy it remains possible in clinical trials.

Hungary meanwhile does not use the drug “for newly diagnosed patients” but continues to do so “for patients who already started taking it“, according to a government spokesperson. Even before the study some countries had stopped using hydroxychloroquine for COVID-19 patients.

Sweden had used the drug in the early phases of the pandemic to treat patients with severe symptoms, but halted its use in April after the European Medicines Agency recommended it only be used in clinical trials.

Germany too had judged that the current studies did not allow for the drug to be used on individual COVID-19 patients and it could only be used in clinical trials. Several countries continue to promote the use hydroxychloroquine in the fight against the virus.

These include Brazil, Algeria, Morocco, Turkey, Jordan, Romania, Portugal, Kenya, Senegal, Chad and the Republic of Congo. Russia, Bahrain, Oman and the United Arab Emirates have not yet suspended the use of the drug either, and in Iran recent social media posts of prescriptions show virus patients are still receiving it there.

Thailand is also still using hydroxychloroquine in its treatment of COVID-19 patients, and India and Venezuela continue to use the drug as a preventative measure. Cuba too is using the drug but will revise its protocols to introduce further precautions.

In the US hydroxychloroquine can only in principle be given to COVID-19 patients in hospital, but the Food and Drug Administration (FDA) warned in April that the drug could have potential harmful impact on the heart.

Trump had promoted the use of the drug and even said he was taking hydroxychloroquine as a precaution, before saying shortly after the publication of the study that he had stopped.

The study has led to the suspension of the use of the drug in several clinical trials including the WHO’s Solidarity Trial and Europe’s Discovery programme coordinated by France’s Inserm research institute.

The international trial Copcov also suspended its use of doses on medical personnel in contact with the virus.Two trials led by the University of Tuebingen clinic in Germany and five trials in Denmark have also been suspended and Mali says it is ready to suspend its clinical trials too.

But other clinical trials are continuing, such as the Recovery trial in Britain, the one by McGill University in Canada and ones taking place in Nigeria and Mexico.

In China the drug is only used in clinical trials but its potential as a treatment, considered promising by the University of Wuhan in February, has since been called into question by a respected hospital in Shanghai.

WHO approves the first Malaria Vaccine

WHO to give approval to Covaxin soon: Health Experts

The Health Master - October 17, 2021
MUMBAI: A two-member bench of the Income-tax Appellate Tribunal (ITAT) in Mumbai has directed that a larger bench should decide whether the...