Kolkata: Barcelona with a population of 1.6 million, which is just about one fourth of Kolkata’s 4.6 million, recorded 65 deceased organ donations in 2019.

Kolkata clocked only 11 donations in the same year, just about one sixth of the figure of Barcelona.

This year, organ donation in Kolkata has started on a great note with three donations in January.

But there is a need for more focussed action to keep up the momentum, feel experts.

“One of the most important things is to train ICU doctors who can identify the brain deaths.

Keeping these intensivists at the forefront will make a lot of difference,” said Matri Manyalich of Barcelona University Hospital.

Manyalich was in Kolkata as an internal expert at the recently held Kolkata Transplant Colloquium (KTC) and gave tips to doctors in the city.

Kolkata in 2018 had registered 15 organ donations. But the figure came down to 11 in 2019, including two from the neighbouring districts.

“In our hospital, we have a transplant procurement management team (TPM) with 10 intensivists complemented by an equal number of trained nurses.

This team works works 24×7 dedicatedly on deceased organ donation and procurement. All hospitals in Spain has to have a TPM unit,” Manyalich said.

In addition to highly organised process of deceased donation, Spain has a ‘opt-out’ system in which all citizens become organ donors automatically unless they choose to opt out.

“In Spain, the deceased organ donation rate is 49 per million populations.

Though citizens can opt out, the refusal rate today is just about 14%. Media also played a very supportive role,” he said.

The total organ donation figure for India in 2019 was only 890. Maharashtra and Tamil were Nadu major contributors.

Manylaich, who is also the president of Donation & Transplantation Institute (DTI), an institute that has been training healthcare professionals worldwide including China, Croatia, Germany and UAE on organ donation, explained how such training could push organ donation in these countries.

He is hopeful that his team would be working in India in the near future.

“We need more deceased donations for transplant surgeries. Now that Kolkata has started witnessing such donations, we have roped in professor Matri Manyalich to get valuable inputs from him,” said Deepak Shankar Ray, chairman, organising committee of KTC. 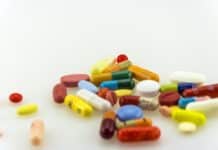