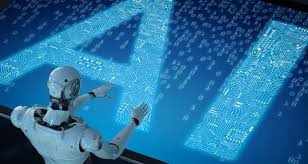 Billionaire entrepreneur Elon Musk’s neuroscience startup Neuralink on Friday unveiled a pig named Gertrude that has had a coin-sized computer chip in its brain for two months, showing off an early step toward the goal of curing human diseases with the same type of implant.

Co-founded by Tesla Inc and SpaceX CEO Musk in 2016, San Francisco Bay Area-based Neuralink aims to implant wireless brain-computer interfaces that include thousands of electrodes in the most complex human organ to help cure neurological conditions like Alzheimer’s, dementia and spinal cord injuries and ultimately fuse humankind with artificial intelligence.

“An implantable device can actually solve these problems,” Musk said on a webcast on Friday. Musk did not provide a timeline for those treatments, appearing to retreat from earlier statements that human trials would begin by the end of this year. Neuralink’s first clinical trials with a small number of human patients would be aimed at treating paralysis or paraplegia, the company’s head surgeon Dr Matthew MacDougall said. Neuroscientists unaffiliated with the company said the presentation indicated that Neuralink had made great strides but cautioned that longer studies were needed.

The world is facing an unprecedented threat from COVID-19. Many countries have resorted to following advices issued by the World Health Organization (WHO) regarding physical distancing measures as one of the ways to reduce disease transmission.

Register Now Musk presented what he described as the “three little pigs demo”. Gertrude, the pig with a Neuralink implant in the part of its brain that controls the snout, began eating off of a stool and sniffing straw, triggering spikes on a graph tracking the animal’s neural activity.

He said the company had three pigs with two implants each, and also revealed a pig that previously had an implant. They were “healthy, happy and indistinguishable from a normal pig,” Musk said. He said the company predicted a pig’s limb movement during a treadmill run at “high accuracy” using implant data.REUTERS