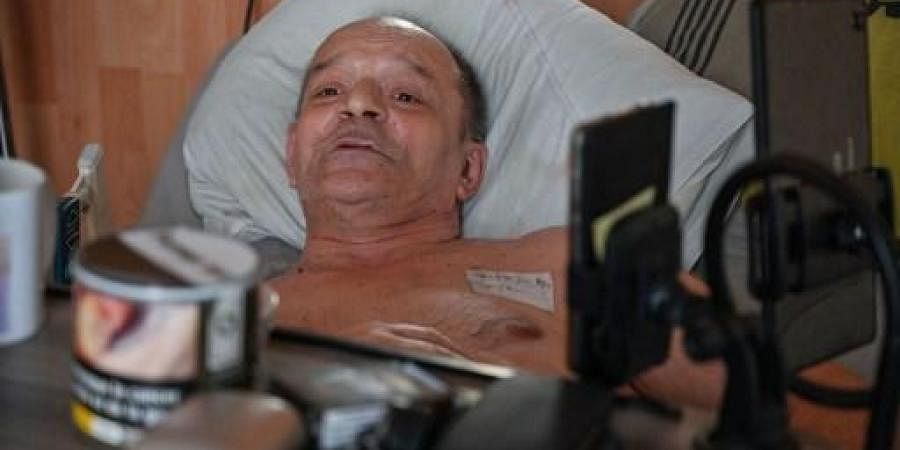 DIJON (FRANCE): A terminally ill Frenchman who had planned to live-stream his death on social media told AFP Saturday that he would refuse all food and medication “until the very end”.

Alain Cocq, 57, had earlier announced he was refusing all food, drink and medicine from September 5 after French President Emmanuel Macron turned down his request for euthanasia.

But he accepted palliative care after refusing food and medication for over three days because the pain had become unbearable.

Right-to-die cases have long been
an emotive issue in France.

“From midnight on Monday, October 12, I will stop all hydration, food and treatment apart from painkillers,” he told AFP. “I will go right till the end.” Cocq suffers from a rare genetic condition which causes the walls of his arteries to stick together.

He has used his plight to draw attention to the situation of terminally ill patients in France who are not allowed to die in line with their wishes.

Cocq said that when he had accepted palliative care after his abortive first attempt, the medical emergency team had to put him back on hydration and food for the pain killers to work.

He said he had drawn a lesson from that. “This time round, I will put my wish in writing even if I seek medical aid at a given moment, it does not mean I wish to live.

“It would mean that I cannot bear the suffering any longer and that I seek a deep and continued sedation,” he said. Right-to-die cases have long been an emotive issue in France.

Most polarising was the case of Vincent Lambert, who was left in a vegetative state after a traffic accident in 2008 and died in July last year after doctors removed life support following a long legal battle.

The case divided the country as well as Lambert’s own family, with his parents using every legal avenue to keep him alive but his wife and nephew insisting he must be allowed to die.

The Health Master - September 23, 2021
Is it Covid-19 or Dengue ? As dengue cases are showing an upward trend and India continues to struggle with...