The Maharashtra Food and Drugs Administration (FDA) has clarified that hand sanitisers manufactured under allopathic drug manufacturing license should be sold in the licensed selling premises only.

On being queried whether a manufacturer who labels his product as ‘hand disinfectant’ will be allowed exemption under Schedule K, Mantri answered in the negative and said that the manufacturers will not be allowed to sell in that manner.

The aforesaid clarification from the Maharashtra FDA is a response to Hindustan Unilever’s (HUL) letter dated May 27, 2020, to its stockists and traders informing that under the Drugs & Cosmetics Act & Rules, sanitisers are exempted of sale license and can be stocked and sold without obtaining any selling license.

On May 20, the company had written a letter to the Maharashtra FDA informing about the sale of hand sanitisers by grocery shops without holding a sale license.

And later on May 27, 2020, Dr A Sivakumar, General Manager – Regulatory Affairs South Asia and Global Home Care, Hindustan Unilever issued a letter to its stockists and traders explaining the definition of the term “Drug”, which states that under the Drugs and Cosmetics Act & Rules of India.

The letter also explained that disinfectants are classified under section 3(b) (ii). It also assured them that the company manufactures its hand sanitiser under a drug manufacturing license with the primary ingredients of hand sanitiser; ethyl alcohol and isopropyl alcohol, well-known disinfectants.

The letter had justified that the term ‘disinfectant’ is applied to a chemical agent that destroys or inhibits the growth of pathogenic micro-organisms or which can kill all micro-organisms. Going by the above, it is evident that hand sanitiser is a ‘disinfectant’ and vide notification No. 1-20/60-D dated June 3, 1961, it is a drug under Section 3(b)(ii) of the Drugs & Cosmetics Act.

The letter further stated that hand sanitisers which are used to prevent the spread of disease are considered a dug (disinfectant) and exempted under 12 of Schedule K and therefore it can be stocked and sold without obtaining any selling license as required under Section 18(c) of the Act.

Speaking on the whole issue, Manmohan Taneja, Assistant State Drugs Controller, FDA, Head Quarter, Haryana, Panchkula explained, “The circular issued by Hindustan Unilever to its distributors is void ab initio. HUL has grossly erred in interpreting ‘hand sanitisers’ licensed as ‘drug’ on Form-25 and wrongly equated them with the ‘disinfectants’.”

He elaborated, “The contention of HUL that hand sanitiser is defined in section 3(b)(ii) of the ‘Drugs & Cosmetics Act'(in short ‘the Act’) holds no water. The ‘hand sanitiser’ is a medicine used for the prevention of disease in human beings. It will, therefore, fall within the ambit of Sub-clause (i). The substance referred to in Sub-clause (ii) is not meant for this purpose. Section 3(b)(ii) is stipulated as under:- such substances (other than food) intended to affect the structure or any function of the human body or intended to be used for the destruction of vermin or insects which cause disease in human beings or animals, as may be specified from time to time by the Central Government by notification in the Official Gazette. The purpose described in sub-clause (ii) is the destruction of vermin or insects which cause diseases in human beings or animals.

He further informed that the Oxford Advanced Learner’s Dictionary of Current English gives the following relevant meaning of the word ‘vermin’;
1. wild animals (e. g. rats, weasels, foxes) harmful to plants, birds and other animals.
2. parasitic insects (e. g. lice} sometimes found on the bodies of human beings and other animals. The same dictionary gives the relevant definition of the word ‘insect’ thus: sorts of small animal, e. g. ant, fly, wasp, having six legs and no backbone and a body divided into three parts (head, thorax, and abdomen).

He explained, “Hence, it is clear that hand sanitisers fall within the definition of sub-clause (i) and not under sub-clause (ii) of the section (3)(b) of ‘the Act’. Rule 123 of the Drugs and Cosmetics Rules, 1945 exempts the drugs specified in Schedule ‘K’ from the provisions of Chapter IV of the Act and the Rules made thereunder to the extent and subject to the conditions specified in that Schedule. Section 18 of the Act falls under Chapter IV of the Act. Item 12 of Sch. ‘K’ exempts “substances intended to be used for destruction of vermin or insects which cause disease in human beings or animals, viz. insecticides and disinfectants.”

Taneja also informed, “Section 3(b) (ii) further require notification by the government to be covered under the ambit of ‘drug’. ‘Disinfectants’ have been notified by the government. No such notification about ‘sanitiser’ by the government so far. Therefore sanitisers cannot be covered under 3(b)(ii). Since hand sanitiser is not a substance intended to be used for the destruction of vermin or insects, the exemption suggested by HUL does not qualify the law. Therefore, if the drug products mentioned ibid, are stocked or sold without a valid licence  under section 18(c) of the Act shall be  punishable with five years’ imprisonment and with a fine of not less than one lakh rupees or three times the value of the drugs confiscated, whichever is more  u/s 27(b)(ii) of the Act.”

A lot of confusion has been prevailing about the sale of hand sanitisers in the country, not just among industry stakeholders but also regulatory authorities.

On April 27, 2020, the Uttar Pradesh FDA had also issued an order allowing the sale of hand sanitizer at a grocery store, general store and medical stores.

On May 15, 2020, and May 29, 2020, Joint commissioner of Aurangabad FDA and joint commissioner of Pune FDA had issued circulars in their peripheries informing retailers that hand sanitisers fall under purview of Drugs and Cosmetics Act, 1940 and are classified as drugs within Section 3 (b) (ii) of Drugs and Cosmetics Act.  And any drug manufactured under allopathic manufacturing license requires a license for sale or for distribution as provided under Rule 61 of the said Act unless otherwise exempted under Schedule ‘K’ of the Drugs and Cosmetics Act. Since hand sanitisers are not included in Schedule ‘K’ they cannot be exempted from the purview of selling license.

However, on May 18, 2020, the Commissioners of Aurangabad and Nagpur also issued circulars granting permissions to sell hand sanitisers at grocery shops and supermarkets by obtaining a sale license.

Commenting on the confusion over the sale of hand sanitisers in the country, a retired regulator of Maharashtra FDA said, “There is total apathy in uniform regulations throughout the country. Sanitisers in name of Ayurveda and cosmetics do not need licences, some States say there is no need for selling licences, whereas, some States want to regulate from the date of their own circular but not as per the Act. However, a multinational manufacturer says in a public notice that there is no need of selling licenses, distilleries are being given license to ease the availability of sanitiers for the masses during the COVID-19 crisis.”

He also raised a few questions, “But, what about the quality? How much sampling is being done, where are the quality checks? Further, are the regulators going to take action if sold as per circular by the Maharashtra FDA?”

He recommended, “Therefore, the CDSCO should immediately intervene in the matter and streamline the issue, once and for all.” 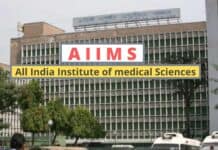 One caught with Buprenorphine Inj awarded 10 years in jail 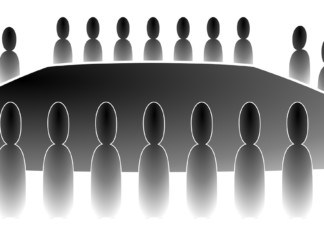