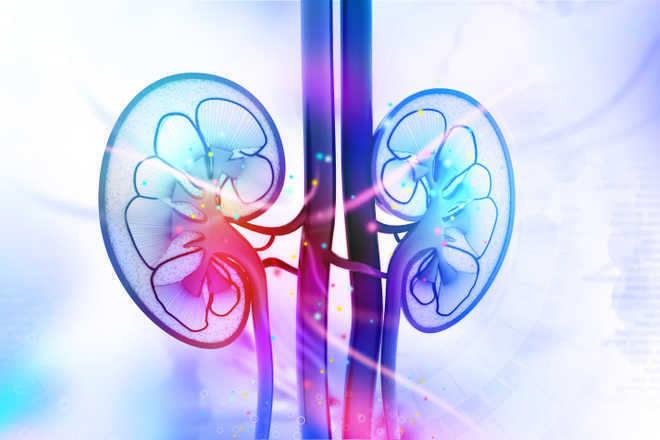 Researchers from Delhi-based Jamia Hamdard University have come up with evidence that certain ayurvedic formulations can help rejuvenate cells of an ailing kidney by cutting down reactive oxygen species which is associated with pathological damage of the vital organ.

The conclusion was reached following administration of punarnava-based NEERI KFT herbal formulation that comprises lotus leaves, patharchur and other major herbs to the subjects of chronic kidney disease, according to a study.

It is found to help in detoxifying kidney cells apart from reducing high levels of uric acid and electrolytes.

On the eve of World Kidney Day, which is on March 11, AIMIL Pharmaceutical Executive Director Sanchit Sharma said, “The ayurvedic formulation helps in delaying the need of dialysis by reducing the progression rate of degeneration and improving reparative capacity of renal cells nephron.”

The formulation has been prepared from herbs such as punanrva, gokhuru, varun, pathrupara, pasanbhed, kasani and palash which have antioxidant elements that remove toxic substances from the kidney cells, Sharma said.

Dr K N Dwivedi, professor at Banaras Hindu University, said, “We get many patients who have claimed that ayurvedic drug Neeri KFT proved to be beneficial in curing kidney disease.”

Expressing similar views, Dr Bheema Bhatt (Medical Director, Ayurvedic Medicine) at Medanta, Gurgaon, said that in a large number of kidney patients having high creatinine and urea levels, Neeri KFT has been found to be balancing the level.

“We have been using it for many years with positive output,” he said.

How can we make the Indian Pharma Manufactures Atmanirbhar

Govt Jobs for Pharmacy professionals at Services Selection Board