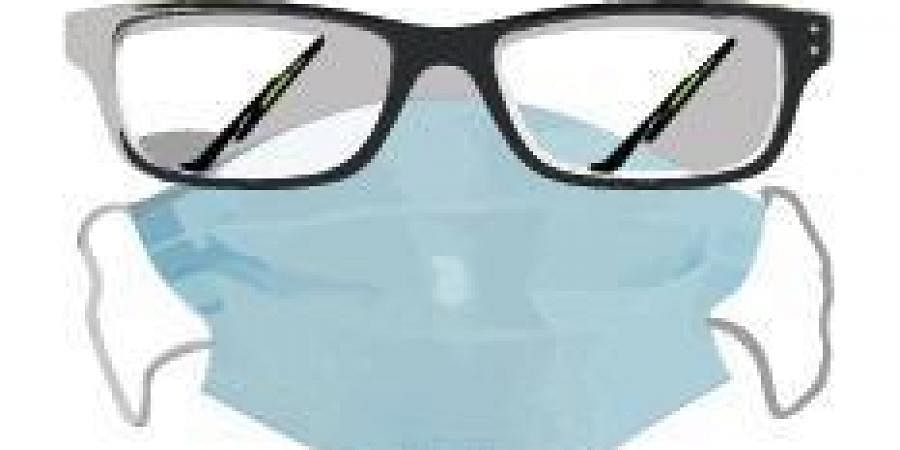 THIRUVANANTHAPURAM: In the battle against Covid-19, the facemask has become a primary weapon. But the state health department is now trying to address a niggly issue being faced by people who wear spectacles — the glasses being covered by vapour from exhaled breath. The department is concerned about the twin effects it has on people.

First, chances are high that such people will touch their eyes while removing their glasses and might get infected if they had touched an object or surface with the virus on it. Secondly, the foggy effect on glasses could lower one’s visibility and might pave for accidents. Taking this into account, the department is now planning to publicise the tips for preventing glasses from fogging up.

“The foggy effect occurs when warm breath escapes the top of the mask, lands on the cooler lens and results in condensation. It is a known fact that if one touches one’s eyes after touching something that has the virus on it, they will get infected. Hence, those who wear glasses should take extra precaution,” said an officer.

Dr K V Viswanathan, professor of surgery, Government Medical College here, said, “It’s the gap between the mask and nose bridge that creates this problem. To address the same, one has to seal the top of the mask either with a metal nose clip or with a micropore tape.” At the same time, the health department is worried over the improper use of facemasks among the public.

To plug the same and to highlight the importance of its right use, the department has launched a campaign. “A mask should cover one’s mouth and nose. But a majority of people leave their nose out of the mask. Some others wear a mask, but below their chin. The very purpose of wearing it is defeated by this. That’s why the department has launched the campaign,” added the officer.

From makeup to shampoo: Widely-used chemical linked to 1 lakh deaths a year

The Health Master - October 23, 2021
The National Pharmaceutical Pricing Authority (NPPA) has released draft version of proposed retail price calculation for five formulations, including a combination of...