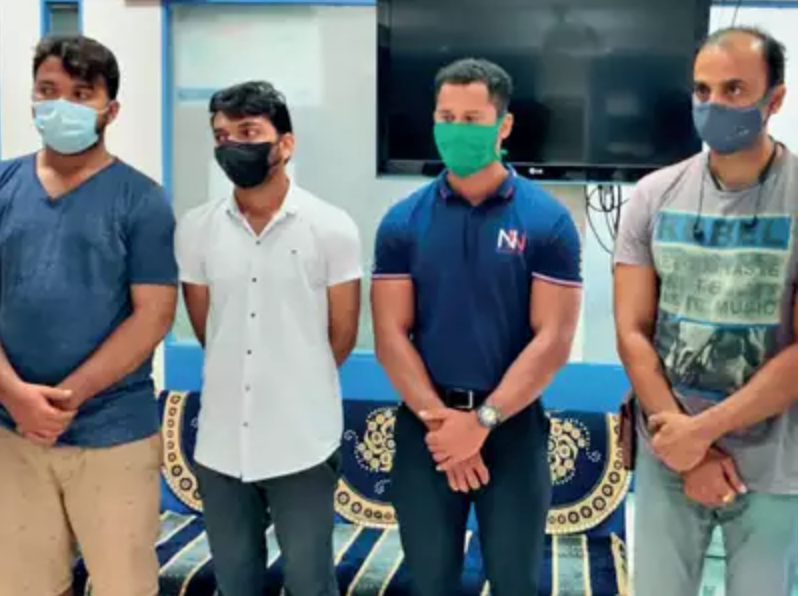 An inter-district pharmaceutical racket came to light when officials of the Food and Drugs Control Administration (FDCA) found steroids being sold in the guise of Covid-19 drug Tocilizumab to unsuspecting citizens hardpressed to procure it for their loved ones battling for life against coronavirus.

Officials said steroids were filled in vials, packed into boxes stamped with the name “Genic Pharma” and sold to unsuspecting citizens in the guise of Tocilizumab, always without a bill, from a pharmacy in Ahmedabad. From there, the officials tracked down the ad hoc manufacturing unit in a small flat in Rander, Surat.

FDCA Commissioner Dr Hemant Koshia said they had been intimated by a doctor serving in a Covid hospital in Ahmedabad. The doctor had asked the relative of one of his patients to get Tocilizumab. The relative came back with a box that had the name of the company never heard by the doctor. Incidentally, Tocilizumab is manufactured only by Roche and is imported and distributed by Cipla in India.

Based on these suspicions, the FDCA inspected and got in touch with several persons who had purchased the fraudulent product. They found that the relative of one patient had purchased 3 boxes of “Actemra” for Rs1.35 lakh from Maa Pharmacy in Sabarmati.

In turn, Ashish Shah, the owner of Maa Pharmacy had purchased 4 boxes for Rs 80,000 from a person named Harsh Thakor in Chandkheda. Thakor had got the four boxes for Rs 70,000 from Nilesh Laliwala of Happy Chemist and Protein House in Paldi area.

Nilesh had started the operation by purchasing Nadrolone Decanoate injection from Sohel Ismail Tai of Surat. Nilesh and Harsh then sold it as Tocilizumab to unsuspecting people.

Earlier this week, FDCA raided the house of Sohel Ismail Tai in Rander area of Surat to find a filling machine, semifinished ampules, packing material and Active Pharmaceutical Ingredients (APIs). All this material was seized and approximately valued at Rs 8 lakh. The FDCA team also found other spurious drugs like testosterone, Boldenone, Rexogen, Trenaxip and so on.

Dr Koshia said a fake pharmaceutical company named Genic Pharma even ran a website to sell spurious drugs. Koshia said Sohel’s scope of operations and how many spurious products he sold in India and abroad is still amatter of investigation.

Police complaint to be filed

FDCA officials said they will be filing a police complaint against all those involved and were currently building an air-tight case against the accused.